The land where this ranch stands shows the combined effect of FIRE (volcanos) ICE (glaciers) and biological process. A succession of volcanoes formed this region, extruding immense volumes of ash and viscous basalt lava … then yielded to the erosive action of the glaciers that covered this area with hundreds of feet of ice.

Mt. Harkness, standing high above the meadow, is a dormant volcano. The many large basalt boulders standing here and there among the trees are erratics…probably plucked from that minor volcanic peak and dropped by a recent glacier. The small rocky ridge that you cross climbing out of the meadow towards the barn is a lateral moraine … marking the edge of the last glacier reaching this area. Moraines are the dirt and rocks carried along by glaciers, which are dropped, making ridges. The last time the glacial ice sheets receded was approximately 111,000 years ago.

Our lake is probably a kettle. Kettles are circular hollows found on glacial terminal moraines. They are formed when large blocks of ice are buried in the soil, and left as the glacier recedes. The ice then melts forming a lake.

Technically, our lake is a bog. Floating on the surface are several islands composed of peat and grasses. A safe nesting site for birds, these sink in the fall and reappear in spring. Deer are often seen swimming to the islands for fresh grass in late summer. 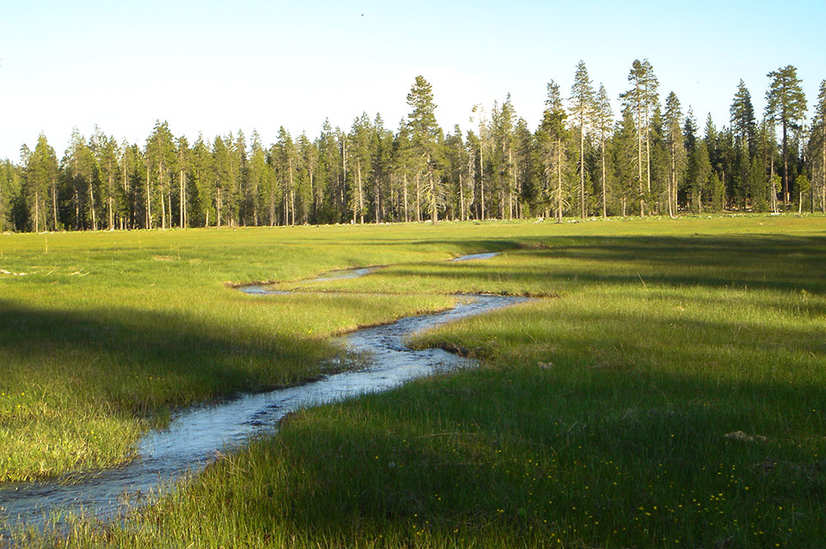 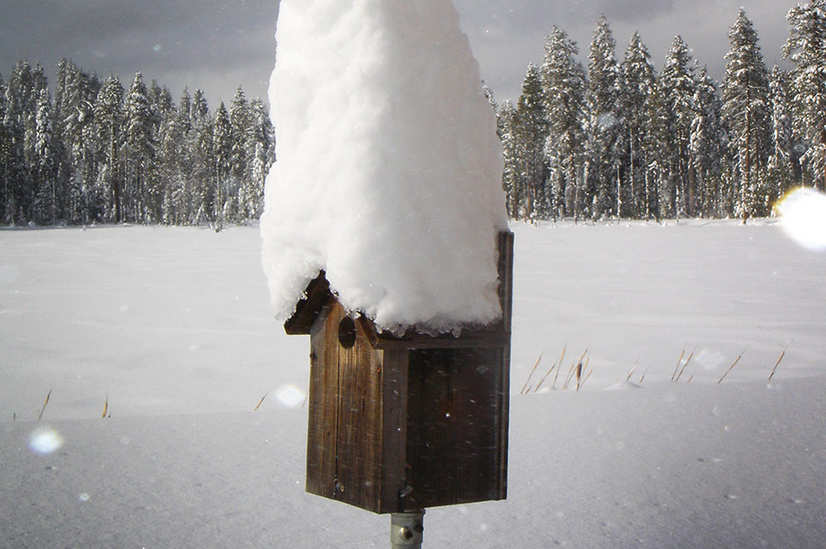 The lake in winter